The federal government has said it is regrettable that Nigeria’s oil refineries are not functioning and the possibility of introducing subsidies on automotive gas oil, also known as diesel, is unlikely.

The Managing Director (CEO) of the Nigerian National Petroleum Company (NNPC) Limited, Mele Kyari, who made it known Tuesday in Abuja, said the government could not afford the payment of diesel subsidies.

He made the comments during his appearance before the House of Representatives Committee on Endorsement alongside the CEO of the Nigerian Midstream and Downstream Petroleum Regulatory Authority (NMDPRA), Farouk Ahmed, among others.

Lawmakers had summoned oil and gas industry stakeholders, including Kyari and Ahmed, to an investigative hearing into the scarcity and rising cost of Premium Motor Spirit (also known as gasoline), diesel and of liquefied petroleum gas, LPG (also known as cooking gas) in the country.

In his presentation, the head of the NMDPRA suggested three actions to be taken to address the supply and distribution chain challenges.

He said that “the required amount of foreign exchange for the importation of petroleum products (should) be made available to genuine importers at the official CBN rate”.

Ahmed also called on the government to “encourage the establishment of more local refineries and LPG processing facilities to meet domestic demand”, adding that “an increase in LPG supply from major domestic producers, including NLNG, BRT processing, CNL, LPG, FSO,” would solve some of the problems.

The NMDPRA boss said that in addition to the three suggested solutions, “thorough consultation is needed among key stakeholders to ease the current tension generated by high global oil prices.”

“Currently, Nigeria is a net importer of refined petroleum products including AGO as the country imports approximately 100% of locally consumed AGO,” he said. “An average of 12 million liters is also consumed daily based on the average quantity of trucks.

“The challenge with this is that importers of petroleum products cannot access the required amount of foreign exchange at the official rate and therefore rely on the parallel market to supplement their foreign exchange needs in US dollars. AGO price is currently between N710/litre and N750/litre in coastal areas, while the price of LPG is around N800/kg.

When asked to be specific on the immediate solution, he said the respite to cushion the effect of the high price was to make foreign exchange available for traders to import AGO at the official exchange rate of N415 for a dollar.

“We only have one solution if I may say so; make foreign exchange available to importers to import at the official exchange rate. If we don’t, I see no other solution. Even though our refineries are operational again, they are buying crude at the official international price,” Ahmed offered.

According to him, the transport industry relies heavily on AGO to transport goods and services and as such diesel is a major factor in the distribution of currently regulated PMS.

“One of the major reasons for the shortage seen in our country is a result of the rise in the price of AGO,” said the NMDPRA boss who hinted that President Muhammadu Buhari had approved the upward revision freight rates by N10 to meet the challenges, starting June 1.

This, he explained, was intended to mitigate the challenge resulting from the rising global price of AGO and the implication on the cost of distributing PMS nationwide.

But the NNPC chief, in his remarks, criticized some of the NMDPRA and traders’ suggestions.

“In our country today, we do not produce AGO and we regret that our refineries are not working,” he said. “Are we doing anything about it? Yes. I have heard the hon. members lament; yes, they (refineries) do not work.

“They won’t! You can’t start it tomorrow. We’re sorry; we’re sorry for this situation and we’re doing everything we can. In fact, we’ve decided to bring a quick fix to Warri Refinery. The reason is very simple: we don’t even want to go down the long road to full maintenance, because we’re worried.

“No one knows what will happen tomorrow. No one can guarantee security of supply. This is why people resort to self-help. People preserve the excess volumes they have,” he said.

Kyari, however, lamented that Nigeria imports almost all commodities “maybe, maybe except food.” He added that if the country does not export, it cannot have foreign currency.

As a result, he believes the Central Bank of Nigeria (CBN) and Governor Godwin Emefiele may not be able to intervene in the foreign exchange market.

“There’s a limit to what he (Emefiele) can do because until we’re productive, the only way to cover the exchange rate difference is you go and borrow currency, and nobody’s going to lend you money. the money to put on a grant; that doesn’t happen anywhere in the world. No bank will lend you FX to go and put for consumption.

“When Nigerians living in the Diaspora were a very big source of hard currency. They can no longer fire because many of them are unemployed. Thus, they can no longer send money even to their parents. So you can’t have it in your banking system,” he said.

No end in sight

On the way forward, the NNPC boss said the first step is to restore crude oil production.

He pointed out that current crude production, including condensate, was 1.4 million barrels while the budget level was 1.8 million.

He added: “So we can’t meet him today. It is not possible. Today we have over 205 illegal refining sites. There are more than 295 insertions on our crude oil production line. No oil company will continue to work; they will have neither necessity nor obligation.

Kyari further stated in part: “We have a problem, no doubt. I don’t want to bore you with why AGO prices are very high. They are very high today. At the risk of being repetitive with what Farouk said on what’s going on in the world, I think it’s worth pointing out that the world has never seen this level of uncertainty around supply and demand. Even in 2012 and 2013, when crude oil prices reached $143 (per barrel), the uncertainties are not like those we know today.

“Today, countries store petroleum products. Today, refineries are closing around the world for reasons probably unrelated to the war in Ukraine; for the very simple reason that the world has decided that we will have an energy transition to phase out fossil fuels.

“Since that decision, many oil and gas companies have stopped investing in their plants and facilities because it no longer makes sense to do so. Shortly before the COVID-19 (pandemic) – it didn’t start today – the world was already facing three million barrels of crude oil undersupply in the market.

“COVID has come, yes; it reduced consumption. But shortly after COVID, we now have an undersupply of up to four million barrels of oil in the market today. Thus, there is simply no end in sight to the decline in crude oil prices in the next one to two years. Even if you decide to invest in oil today, you cannot put oil on the table the way you want.

Next 5 things to avoid at Ikea 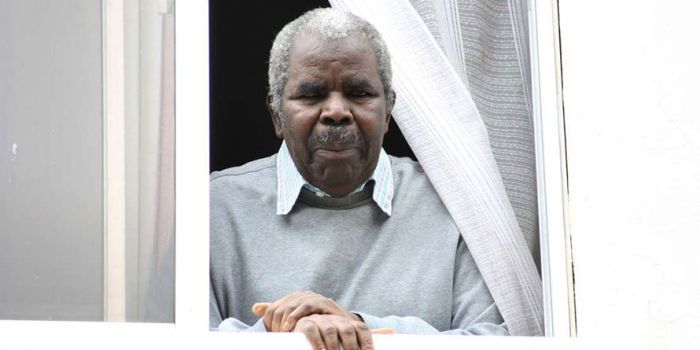 Putin could cut oil and gas to cripple Europe