The tumult in the commodity markets has led to suggestions that major commodity trading firms, eg Glencore (OTCPK:GLCNF), Trafigura, Gunvor, Cargill, could be “Too Big to Fail”.

I have addressed this specific issue in two of my Trafigura white papers, and in particular in this one. The title (“Not Too Big to Fail”) pretty much gives the answer. I see no reason to change this opinion in light of current events.

First, it’s important to distinguish between “can fail” and “too big to fail”. There is no doubt that commodity trading companies can and have failed in the past. This does not mean that they are too big to fail, in the sense that the failure of one of them would or could trigger a wider disruption of financial markets and the banking system, to the Lehman Brothers in September 2018.

As I noted in the whitepaper, even the big commodity trading companies are not so big as the big financial institutions. For example, Trafigura’s total assets are about $90 billion today, compared to about $640 billion for Lehman in 2008. (Today’s markets are also much larger than 14 years ago. .). If you compare asset values, even the biggest commodity traders rank around the banks you’ve never heard of.

Trafigura is heavily indebted (with equity of around $10 billion), but most of this debt is short-term secured by relatively liquid short-term assets such as inventory and trade receivables: this is also the case of many other traders. Additionally, much of the debt (e.g. credit facilities) is syndicated with broad participation, meaning that no financial institution would be compromised by the default of a commodity trader. In addition, the balance sheets of trading companies are different from those of banks, as they do not engage in maturity or liquidity transformation which weakens banks’ balance sheets (and therefore presents a run risk).

Commodity traders do indeed face funding risks, which is one of the risks I highlighted in the white paper:

The extraordinary price movements across the commodity space have led to a sharp increase in funding needs, both to meet margin calls (which, at least in the case of oil, should have been reversed with prices falling in recent days – nickel remains to be seen given the fakakta price limits imposed by the LME) and higher initial and maintenance margins (which exchanges have increased in a totally predictable pro-cyclical way). As a result, existing lines are depleted and companies scramble to raise additional funds, cut positions, or both. As an example of the former, Trafigura reportedly held talks with Blackstone and other private equity firms to raise $3 billion in capital. As an example of the latter, open interest in oil futures (WTI and Brent) fell as prices soared.

To the extent that the margin calls were for hedging positions, there would have been non-cash gains to offset the losses on futures contracts and other derivatives that gave rise to the margin calls. This provides additional collateral value that can support additional lending, although there is no doubt that terms from banks and other lenders will now be more onerous given the volatility in the value of this collateral. Taken together, these conditions will almost certainly result in reduced trading firm activity and widening gross margins (i.e. the spread between traders’ selling and buying prices). But margin calls by themselves should not pose a threat to traders’ solvency.

What could threaten solvency? Basis risk for one. For example, companies that had bought (and not yet sold) Russian oil or refined products or had contracts to buy Russian oil/refined products at pre-arranged differentials and had hedged those deals with Brent or the WTI suffered a loss on the blowout in the base (spread) on Russian oil. The companies are also likely to handle significantly lower volumes of Russian oil, which of course hurts profitability.

Another is exposure to assets in Russia. Gunvor, for example, has sold most of its interests in the Ust Luga terminal, but retains a 26% stake. Trafigura took a 10% stake in the Rosneft-managed Vostok oil project, paying 7 billion euros: Trafigura’s stake in the stake was around 20% of the total. A consortium led by Vitol had purchased a 5% stake. Trafigura is involved in a refinery JV in India with Rosneft. (He announced his intention to exit the deal last fall, but I haven’t seen confirmation). If he still owns the stake, I doubt he will find many companies willing to step in and pay to participate in a joint venture with Rosneft.

It is these types of asset exposures that likely explain Trafigura’s and Gunvor’s debt run-off (Gunvor’s fall being particularly steep). Losses on Russian assets are an entirely different animal from the time lags between cash flows on hedging instruments and hedged assets caused by large price movements.

But even the crystallization of these solvency risks would probably not lead to broader spillovers to the financial system. This would be bad for owners of a bankrupt company (e.g. Torben Tornqvuist, who owns around 85% of Gunvor), but that’s the downside of the private ownership structure (something also discussed in the white papers ); Ferrari and Bulgari sales would drop in Geneva; the banks would suffer the consequences, but the losses would be fairly widely spread. But in the end, the companies would be restructured, and during the restructuring process, the companies would continue to operate (although on a lower scale), part of their business would pass to the survivors (it’s an ill wind that doesn’t blow nobody good), and commodities would keep moving. Gross margins would increase in the industry, but it wouldn’t make a big difference upstream or downstream.

I should also note that the Lehman episode is probably not an example of a domino effect in the sense that losses on exposures to Lehman put other banks into insolvency, hurting their creditors, etc. Instead, it was more of an information cascade in which its failure sent a negative signal about (A) the value of assets widely held by other banks, and (B) what banks power plants could or would do to support a failing financial institution. I don’t think those forces are at work in commodities right now.

The European Federation of Energy Traders called on European public bodies like the European Investment Bank or the ECB to provide additional liquidity to the market. There is a case to be made here. While disruptions in funding, or even the bankruptcy of commodity trading firms, are unlikely to create genuine systemic risks, they can impede the flow of commodities. Acting on the Bagehot principle, loans against good collateral at a penalty rate, is reasonable here.

The reason for concern about the commodity shock is not that it will destabilize commodity trading firms and that this will ripple through the wider financial system. Instead, it is that the price shock – particularly in the energy sector – will lead to a broad global recession which could have implications for financial stability. Along the same lines, food price shocks in particular are likely to lead to massive civil unrest in low-income countries. A revival of the Arab Spring is a serious possibility.

If you’re worried about the systemic effects of a commodity price shock, these are the things you should be concerned about. Not if, say, Gunvor goes bankrupt.

Editor’s note: The summary bullet points for this article were chosen by the Seeking Alpha editors.

Next M & T Bank Corporation: consensus indicates an upside of 6.1% 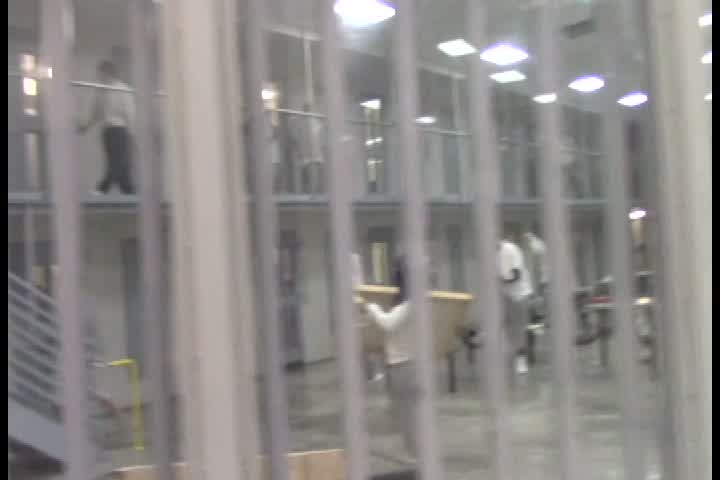